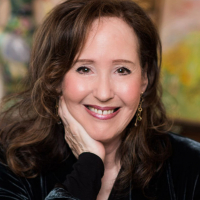 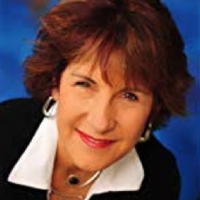 Jane Firth advises executives and their teams, and provides deep expertise in the areas of leadership, performance, and executive presence. For her outstanding work Jane was awarded the Philadelphia Business Journal’s Women of Distinction Award.

As an industry innovator, Jane has created state of the art leadership development programs and tools. Her studies in human behavior, executive performance, and organizational culture combined with her expertise as an executive coach led to the development of concepts and models now revealed in Grit, Grace and Gravitas, the Three Keys to Transforming Leadership, Presence and Impact, co-written with Andrea Zintz. Jane’s other programs include The Inspiritor Generative Leadership Program, Mastering the Complexities of Change Leadership, The Executive Empowerment Program: Leadership, Identity and Executive Presence.

In addition to her work with executives, professionals, entrepreneurs, consultants and philanthropists, Jane has been a champion for women executives and advancing women’s roles on executive teams and corporate boards. A member of the Forum of Executive Women, Jane chaired the Women in Executive Leadership and Governance Committee of the Forum of Executive Women dedicated to increasing women’s participation on public, private, and not for profit Boards, and in the executive suites of regional companies. She has been a strategic partner in developing the Forum’s ‘Within the Boardroom’ program series and Women in Leadership A Status Report: Women in Boardrooms, Executive Suites and Elected Offices.

Jane has an M.S. in Organizational Dynamics from the University of Pennsylvania and has completed extensive studies in Leadership, the Psychology of Leadership, Transformational Leadership, Human Potential, Human Behavior and Development, Educational Psychology, Art Therapy, Psychoanalytic Theory, and Eastern Philosophies.

Jane is a co-founding partner of Globalislocal, a collaborative funding partnership investing in solutions to poverty in Africa, Asia, and Latin America. Also a founder of the Beyond Our Differences Foundation, Jane was a strategic advisor in the creation of the award-winning documentary film of the same name, which premiered on PBS on Bill Moyers Journal. Jane served on the Board of Advisors of the National Disease Research Interchange and the Board of the Forum of Executive Women. She currently serves on the Board of Governors of The Pyramid Club. Jane is a Founder of the University of Pennsylvania Center for Organizational Dynamics and a Founder of the Psychoanalytic Coaches Association.

Andrea Zintz is President of Strategic Leadership Resources LLC (SLR), specializing in executive presence and high potential leadership strategy, succession and development. She has over 40 years of experience in Leadership Development, Change Management, Human Resources Development and Training.  Andrea helps senior and high-potential leaders by facilitating self-awareness and skillful and strategic question asking of self and others to access the best thinking. She fosters the development of new behavioral practices and opens pathways to growth and innovative approaches.

Andrea is a consultant, team facilitator, executive coach and trainer  to organizations undergoing restructurings, mergers, acquisitions, changes in  management and processes to upgrade leadership talent and assist in developing  high-performance teams.  Andrea works primarily with senior leaders and leadership teams in business units of Fortune 500 corporations and mid-sized companies in a variety of business sectors to develop high potential and senior leaders through team alignment / development strategies, leadership assessment and succession planning systems, training and coaching. Her strategic focus in this work is the development of a strong leadership pipeline. She has deep expertise in training sales leaders and line leaders in raising self-awareness and to coach, teach and mentor others.

Andrea cultivated her experiences as an executive coach, the development of executives and high-potential leaders, and in talent and change management within the diversified healthcare and pharmaceutical, defense, and retail industries. As Vice President of Human Resources and Management Board member of the Johnson & Johnson subsidiary, Ortho Biotech, Inc., Andrea helped lead the growth of the company from $40 million to $500 million in a 6-year period, and launched 2 breakthrough biotech products that lead the market today. She also led executive leadership development for North America from J&J Corporate. During her tenure at J&J she was highly awarded for her work in cultural, HR and leadership development, where her special interests included executive women advancement, diversity, and mentoring. She has been trained as a Black Belt at part of the J&J Process Excellence effort and is an examiner and team leader for the Competitive Assessment Process at J&J. She is also a recipient of the YWCA Tribute to Women in Industry Award. A special expertise is in the area of mentoring in which she focused her doctoral dissertation and has designed and implemented various programs.

Andrea received her M.A. and Ph.D. from Fielding Graduate University, is a member of the National OD Network, and on the board of Dress for Success, Mercer County. She has worked with companies in consumer products, pharmaceuticals, electronics, consumer health care, commercial real estate, energy, advertising, medical device, defense, manufacturing and financial services.

A broad base of experience with clients both domestic and global in:

Send us a message.